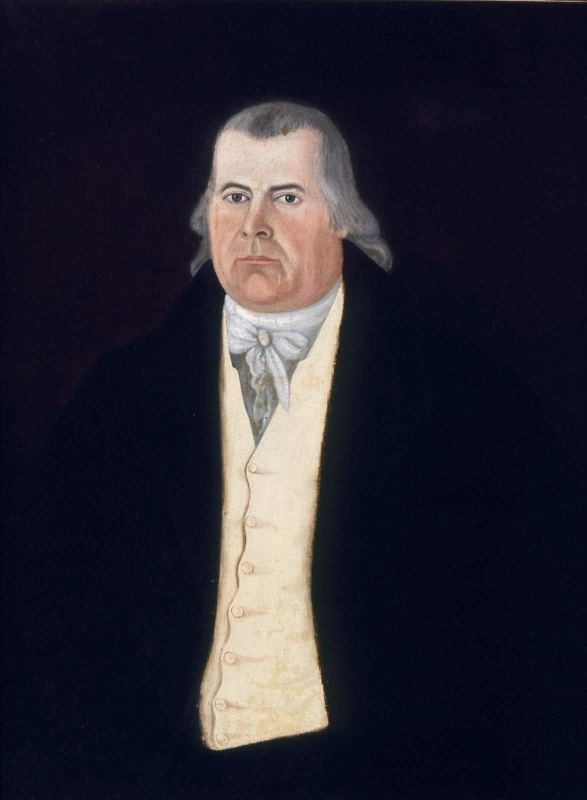 The copyist, Daniel Tyler, Jr. (1750-1832), lived in Brooklyn, Connecticut. He graduated from Harvard in 1771 and, that same year, married Mehitable Putnam, daughter of General Israel Putnam. A brief biography on Tyler in Sibley's Harvard Graduates recounts Tyler copying out this alarm letter, noting that he “dashed off a copy of the Worcester message for the next Committee of Correspondence [i.e. the one at Norwich],” before heading to Boston with his father-in-law. He served as Putnam’s adjutant during the Battle of Bunker Hill on June 17, 1775 and for the rest of the Siege of Boston, which ended on March 17, 1776.

← From Massachusetts to Connecticut
Transcription of the letter →
The Letter's Copyist - Daniel Tyler, Jr.