The Battle of Lexington 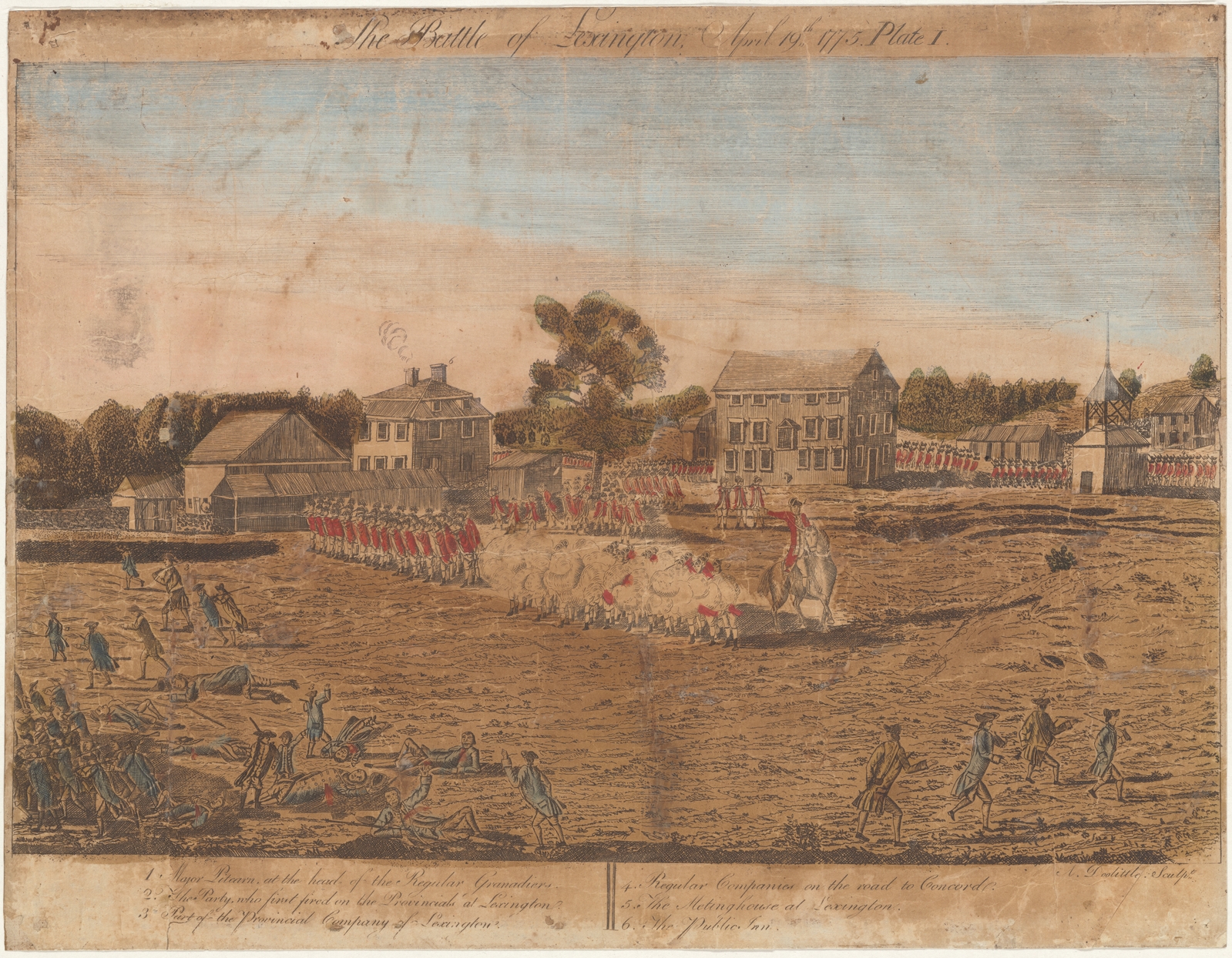 Just before dawn on April 19, 1775, John Parker and 77 local militiamen gathered on the green in Lexington, Massachusetts, as approximately 700 British soldiers approached from the direction of Boston, where they had left during the night of April 18. Realizing that they were vastly outnumbered, Parker ordered his men to disperse. Amid the confusion, a shot rang out. It has never been clear who fired first, but by the time the firing was over, eight colonists were killed and nine injured. The British troops then left Lexington and marched on toward Concord where they intended to seize munitions that were stored there.

The alarm—news of the skirmish on the Lexington Common—was spread quickly. By the time the British reached the Old North Bridge in Concord, they were met by 3,500 militiamen.

← Introduction
Committees of Correspondence →
The Battle of Lexington